With a week off work, I decided to do a few walks by myself. So on a hot, calm day I headed out to walk Wellington’s City to Sea Walkway.

The walk is appropriately named starting off near Wellington’s downtown area and twisting through various city parks, then over hills for 12km to the sea.

Despite traveling through plenty of them, this trail was no walk in the park. Constantly climbing up and down Wellington’s many hills for its duration – leaving me sweaty and dehydrated.

The first climb went through the Botanical Gardens ending at this typical view from Wellington’s cable car. 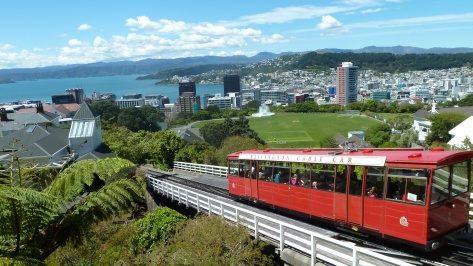 I don’t think there’s a Wellington visitor alive who doesn’t have this photo in some shape or form. It was hard to get due to the large gathering of tourists waiting to take the exact same picture. Who am I to complain though? I guess I’m a tourist too! And in typical tourist fashion, I found myself easily getting lost on the hike despite a map and many signposts. 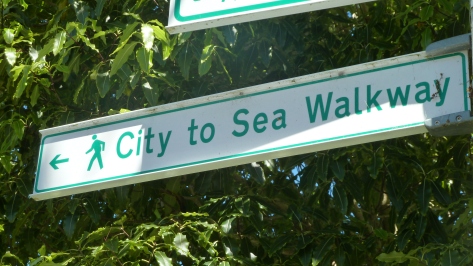 Once I escaped the huddle of tourists my hike just went from bad to worse. When I go on a hike it’s to get away from people and get some quiet. However, this hike traveled through university campuses and busy city parks with the constant noise of traffic in the background. Not my idea of peace. What can you expect though from a trail named the City to Sea Walkway?

On the flipside, it did give me a chance to take a photo of what I consider to be a classic Kiwi scene. Look how many caps are worn backwards. Is this actually back in style or are these guys all just trying to be ironic? I guess I’m not so down with the kids anymore. 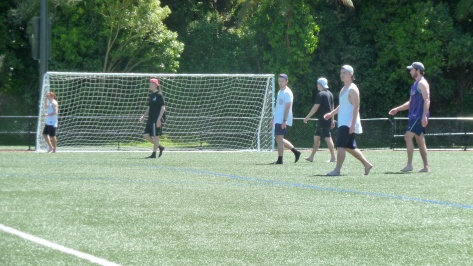 Notice the complete lack of shoes too. Quintessential Kiwis. I also heard a few shouts of, “Yeah, nah!” and “Yer a fuckin’ egg, bro’!”

Thankfully hiking through town does have some benefits. Allowing me to stop for something else typically Kiwi. The meat pie. The pie was delicious, but I may have just been excited because the woman gave me a free biscuit. 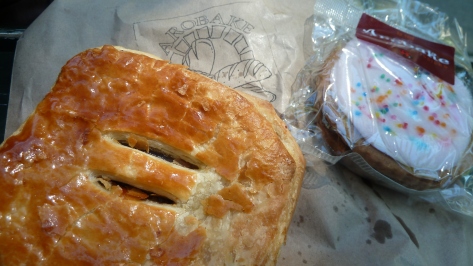 Once the pie was gone, I considered quitting the hike. The thought of another three hours of walking along roads, through bland city parks didn’t sound appealing. 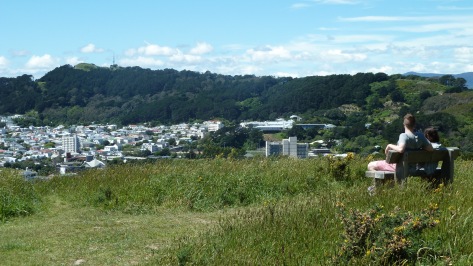 Soon enough I was taken to another viewpoint of Wellington. I must say, I barely even glanced at it. I suppose when you have been living here for enough time you start to get used to the many beautiful views in the city. I’m finding it harder to get impressed. I pushed on. 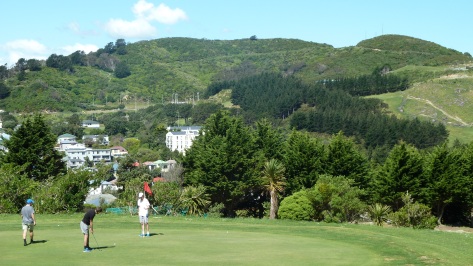 Next, I found myself walking through a golf course. Now I just have to ask: what idiot decided it would be a good idea to have a hike over a golf course? More than once I had to dodge balls. I was constantly hunched over, afraid that at any moment I would get hit by a ball.

Things started to improve once I reached the other side of the course and found myself face-to-face with a pheasant. I’ve made it my aim to take a photo of every New Zealand bird. An almost impossible task. This lead to me chasing the bird halfway across the golf course trying to get a good picture of it. Eventually, it escaped into some bushes with a squeak. This is the best photo I managed. 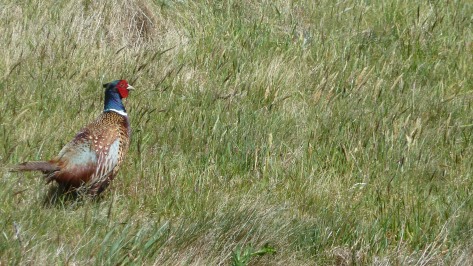 Another climb and suddenly things started to get quiet. The sounds of the city and people replaced by silence.

One of the things I love about hiking in New Zealand is that there are always some wildflowers on display at almost every time of year. At the moment the hills are covered in purple daisies. 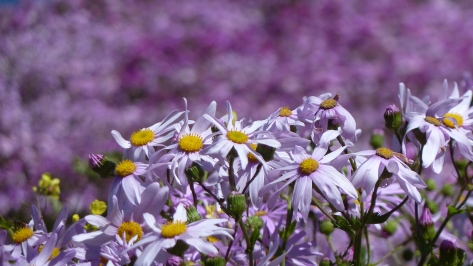 The track kept on climbing until again I found myself face-to-face with an animal. This time a goat. The animals are used in the area as a natural form of weed control. Goats love to eat anything, especially weeds. They’re confined to one small area until they eat everything, then the area can be filled with native plants. 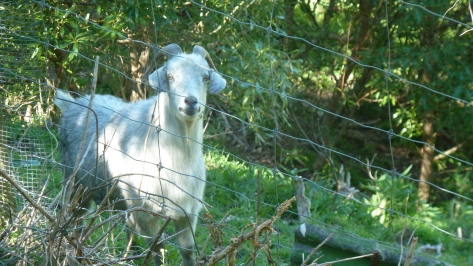 More climbing and I finally found myself at the top of the hill on which a stone sculpture stood. 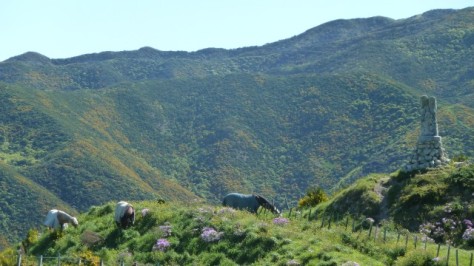 The sculpture shows Te Rauparaha, a leading chief who migrated with his people to Wellington. 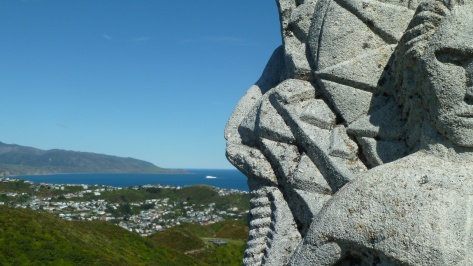 Just as interesting, were the horses that were having some kind of bite fight on top of the hill. The horse on the right seemed to have won. 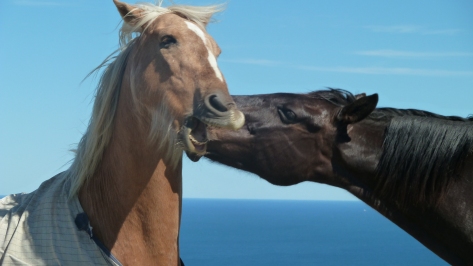 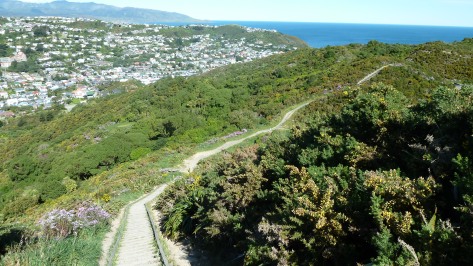 From there the trail followed the hilltops until my destination came into view: Island Bay. 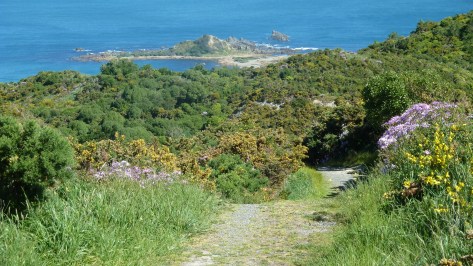 I wonder why they call it Island Bay? 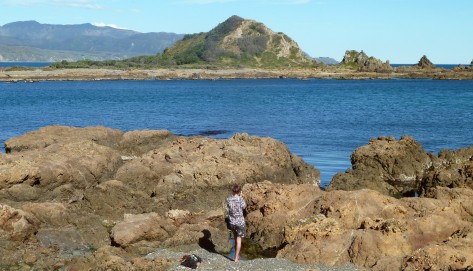 The cool thing about finishing at the sea is that you can explore the rock pools and all of the interesting creatures that live there. Or you can even go for a swim if you dare! 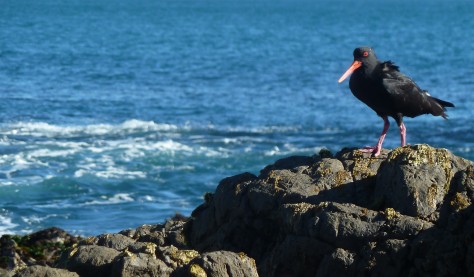 In the end, I had a great time on the hike and would definitely recommend the second half for anybody interested in seeing some lesser explored green spots of Wellington.

Random thoughts on life and travel.